We all know about the acting talent of Superstars. But here’s a look at their educational qualification. They do carry a strong educational background!

Who does not know Big-B! The Angry Young Man- is one of the most popular and influential figures of early 1970s, which is prevalent in current times too. Mr. Bachchan holds a double major in Science and Arts; he has also obtained an honorary doctorate degree from Queensland University, Australia.

Amitabh Bachchan is well renowned as an actor, singer, producer, television host and presenter. Kaun Banega Crorepati is one of his hit television shows. For his superb on-screen roles, he is furthermore famous as Shahenshah of Bollywood, Star of the Millennium. He has been referred as a “one-man industry” by the French director François Truffaut.  His flicks Zanjeer, Deewaar, and Sholay are ever time hits in the Bollywood industry that have placed a treasured imprint on the mind of movie buffs. Mr. Bachchan has won several national and international awards for his outstanding performances. He had been honoured with the Padma Shri, the Padma Bhushan and the Padma Vibhushan for his exceptional contributions in the field of Arts.

Shah Rukh Khan is Economics graduate from Hansraj College, Delhi University. He has been a brilliant student throughout his tenure, awarded with the ‘Sword of Honour’ while his schooling from St, Columba’s School. Along with his stint in education, He has set several landmarks by his exceptional acting skills.

SRK is an eminent Indian film actor, producer and television personality. He has started his career with Shah Rukh television serials, in 1992 he come to make his Bollywood debut with Deewana.  In Starting, he played negative roles in several movies; Darr, Baazigar and Anjaam are his significant feats which accomplished him as a prominent actor of Hindi cinema. .  Initially known as the chocolate boy, SRK was far ahead referred as “Badshah of Bollywood”, “King of Bollywood”, “King Khan”. SRK is one the dominant figures of Bollywood who are well known internationally as well. He had earned numerous accolades Along with the Padma Shri; he has also been honoured with the Ordre des Arts et des Lettres and the Légion d’honneur by the France for his striking contributions to the film industry. The actor has been ruling over numerous hearts with his philanthropic endeavours; SRK contributes many endorsements, NGOs, disaster relief and entrepreneurship ventures. He is co-owner of IPL team Kolkata Knight Riders.

John Abraham is one of the commercially successful actors of Indian cinema. He was born 17 December 1972. He formerly started his career as a model, later on jumped in Hindi films. The Bollywood hunk is an Economics graduate from Jai Hind College and he also holds an MBA from Mumbai Education Trust.

John has won several award nominations for his movies: Jism (2003), Dhoom (2004), Zinda (2006), Baabul (2006). Beyond his acting career, he is the co-owner of the Indian Super League football team NorthEast United FC. After success of the film Vicky Donor produced by him in 2012, he established his own production house. Madras Cafe was the 2nd film produced by him. John is passionate about bikes and sports; the hard-core action on screen and dangerous stunts in his films too reflects the same.  John is ladies-love implored for his sexy persona and perfect six-abs.   His athletic and muscular physique  is a parcel of motivation for the guys who are fitness freak. John had a robust image among the industry, though his soft-heartedness and spiritual aspect is hidden, he is a strong admirer of the Dalai Lama and loves to fight for human & animal rights.

Parineeti Chopra is one of the versatile actresses in Indian film industry. Parineeti was born on 22 October 1988; she completed triple honours degree in business, finance and economics from Manchester Business School United Kingdom.

Parineeti is blessed with superfluous acting prowess and cuteness along with her philanthropic nature. Parineeti also jumped into the singing arena for film ‘Meri Pyaari Bindu’ as a playback signer, and received lot of obligations.  Primarily Parineeti wanted to tail a career path in investment banking. In 2009 she worked as a public relations consultant with Yash Raj Films. Later on she worked with the production company as an actress and demonstrated her super talents. She had been nominated for and presented several awards including Filmfare and National Film Award.  Her smash blockbusters include: Ladies vs Ricky Bahl(2011), Ishaqzaade (2012), Shuddh Desi Romance (2013), Hasee Toh Phasee (2014) and Golmaal Again (2017), which made her win trillions of hearts.

Preity Zinta – the bubbly beauty of Bollywood was born on 31 January 1975. She has basked her talent in Telugu, Punjabi and English along with Hindi films. Preity is an English honours graduate; she has also obtained Master’s degree in Criminal Psychology. 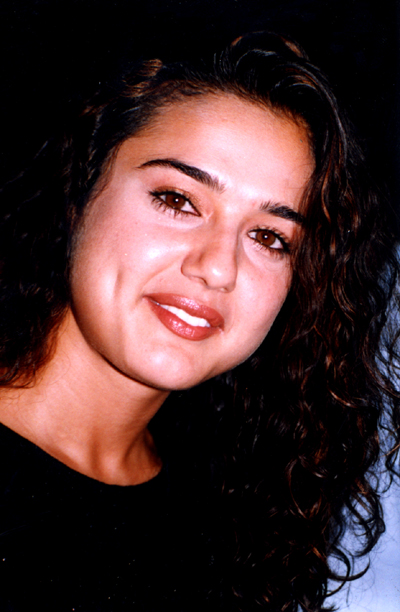 Preity holds vibrance in roles across her film career.  She was applauded with Best Female Debut filmfare awards for her outstanding roles in Dil Se and Soldier. Along with her glory of her exceptional roles in the movies, her off screen persona as an independent, modern women is also commendable.  She is an idol of adorability and freshness. Not merely an actress, she is a dynamic social activist and television performer. She is the primary soul of IPL cricket team Kings XI Punjab and Global League cricket team Stellenbosch Kings